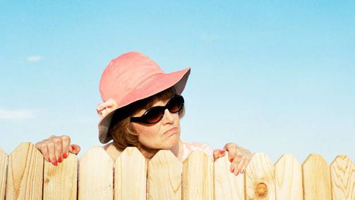 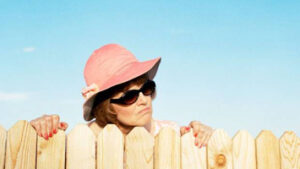 Modern life is increasingly chaotic, harried, and stressful, aptly described as a "rat race". Part of the reason for our stress is "status anxiety", our fear that we will not be able to keep up with our peer group, the mythical "Joneses".

In his book Status Anxiety and a documentary of the same name, British author Alain de Botton tackles the phenomenon, seeking out its roots and charting its development, and finding its source in our need for love and sustenance and our fear of abandonment. When we were infants we were loved and provided for unconditionally, but as we got older, we learned that we had to perform to a certain standard for the approval of others to get what we needed. As adults, it is our status that determines how much we get in life, and it is society that judges what status we rate.

Just as a fish is not likely to notice that the medium it is swimming in is water, most of us are living in the sea of social expectations without giving it a second thought. We accept its demands and live our days with the subtle or not so subtle anxiety of not being able to measure up to them.

The wealthiest society the world has ever seen

Alain de Botton points out to us that materially we are living in the wealthiest society the earth has ever seen, yet our index of happiness does not match our material attainments. That is because we don't look at our material wealth objectively, but always in comparison with everyone else around us. It doesn't matter that we have access to a quality of life that outstrips what was available in former centuries even to the kings of France (think modern medicine, hot and cold running water, strawberries in February, the best symphony orchestras on our iPods, theatre and major league sports events streaming nightly into our living rooms), we always look to see what our neighbour has. If what our neighbour has is better than what we have, we feel unfulfilled, and look to bridge the gap.

What time is it on that Rolex?

This is status anxiety, and it has nothing to do with need. No matter how much money we have, if we see something we can't afford, we feel poor, whether we need it or not. In a blog entry Jonah Lehrer, author of How We Decide, uses the analogy of a Rolex watch to describe our anxiety: "Consider a fancy watch. When someone wears a Rolex, they don't get a more accurate sense of time. Instead, they get an object that signals their social position. At the same time, they effectively raise the expectations of everybody wearing less expensive watches. These people now feel inferior, since their Timex has been devalued by the costlier item. The perfectly effective watch has been diminished by the perfectly useless positional good. This is part of the unhappiness of being poor – you constantly want what you can't afford, if only to raise your social status."

According to Lehrer, he web has only magnified our anxiety about our social position. We are always looking online to see how we rate, and who has more friends, more followers, more likes, more "clicks" than us. We google ourselves and our friends; we tell white lies about our looks and accomplishments on Lavalife and other assorted dating sites. Our children and teens live exclusively to be seen, and rated, based on comparisons to the latest starlet to hit it big on Twitter or Youtube. And the social demands on them are increasing: Toronto's Eye Magazine recently published an article on Why It's Never Sucked More to Be a Teenager, pointing out that there is a new culture of meanness out there that makes social positioning among teens practically a bloodsport. This does not bode well for the future.

Do we need to keep up with the Joneses?

But Alain de Botton has a solution for us to temper our status anxiety. He advocates a clear-eyed look at what society demands, at this invisible sea of expectations that we live in. He points out that every society in every age defined status according to its needs. So in a warrior society, big muscles and strength and skill at warfare were prized above all other qualities. In a primitive society of hunters, whoever was best at the kill had the most status. In a capitalist society, he or she who makes the most money gets the most kudos. But not everyone can make the "most money" — so are the rest of doomed to be forever anxious and dissatisfied?

Not necessarily. Alain de Botton points out that the corollary to feeling poor every time there is something we want that we cannot afford is that every time we are satisfied with what we have, we are rich — regardless of how much or how little we have as an objective measure. The man who is satisfied with his job, his house, his family, his car, and his TV (and so on) has successfully pulled the plug on status anxiety — and the same goes for the woman who is happy with her house, job, family, car, TV, etc.

We think that new acquisitions will make us happy, but in fact they only make us happy for a little while, and then we go back to craving more. We need to look for other sources for more lasting contentment: family, friends, community, art, spirituality, philosophy, culture.

The example of Roseto

Seventy-five miles west of New York City, there is a town called Roseto that became famous because it had extremely low rates of heart disease, even though Rosetans ate more animal fats and had higher rates of obesity than American norms, and smoked about as much as every one else did. When the town was studied, the low rates of heart disease were attributed to social cohesion and to the fact that the inhabitants, immigrants from one small town in Italy, placed little value on status markers and social differences.

But when the citizen of Roseto became acclimatized to the American way of life, heart disease rates climbed. Dr. Stewart Wolf, who studied the inhabitants, said in an interview in People Magazine that this was not unexpected: "We predicted in 1963 that if the social values these people had began to erode, they would lose their relative immunity from heart disease … That's what happened. They weren't going to the Marconi Social Club. Cars changed from Chevies and Fords to Cadillacs, Mercedeses and even one Rolls-Royce. Swimming pools and fancy houses sprouted." Social cohesion had broken down, and Roseto today has the same rate of heart disease as the rest of America.

Something to pay attention to as we sit in our heated or air-conditioned homes, with our hot and cold running water, computers, stoves, fridges and microwaves, coveting the latest big-screen plasma TV that our neighbour has. Keeping up with the Joneses can be fatal.